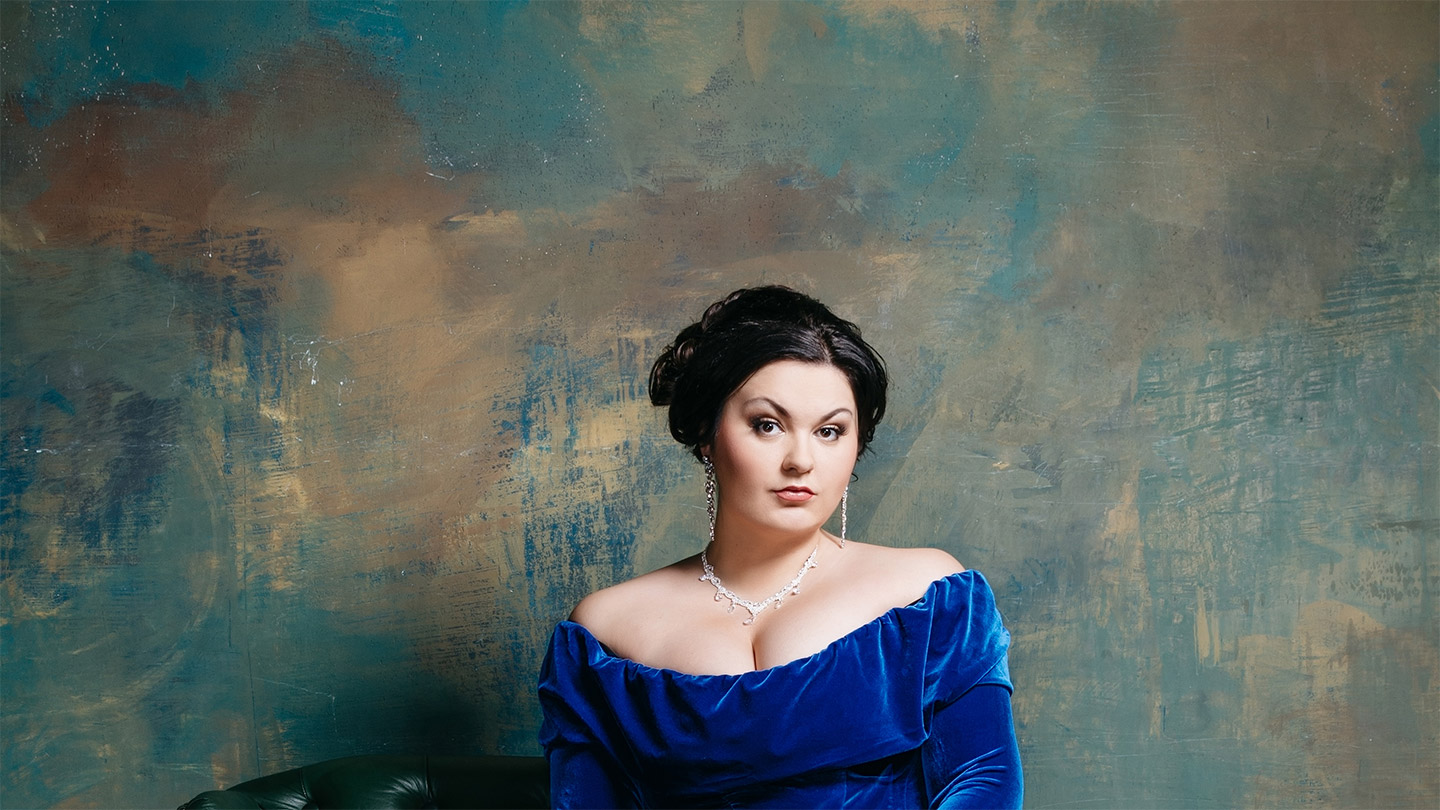 First Prize and Prize of the Public 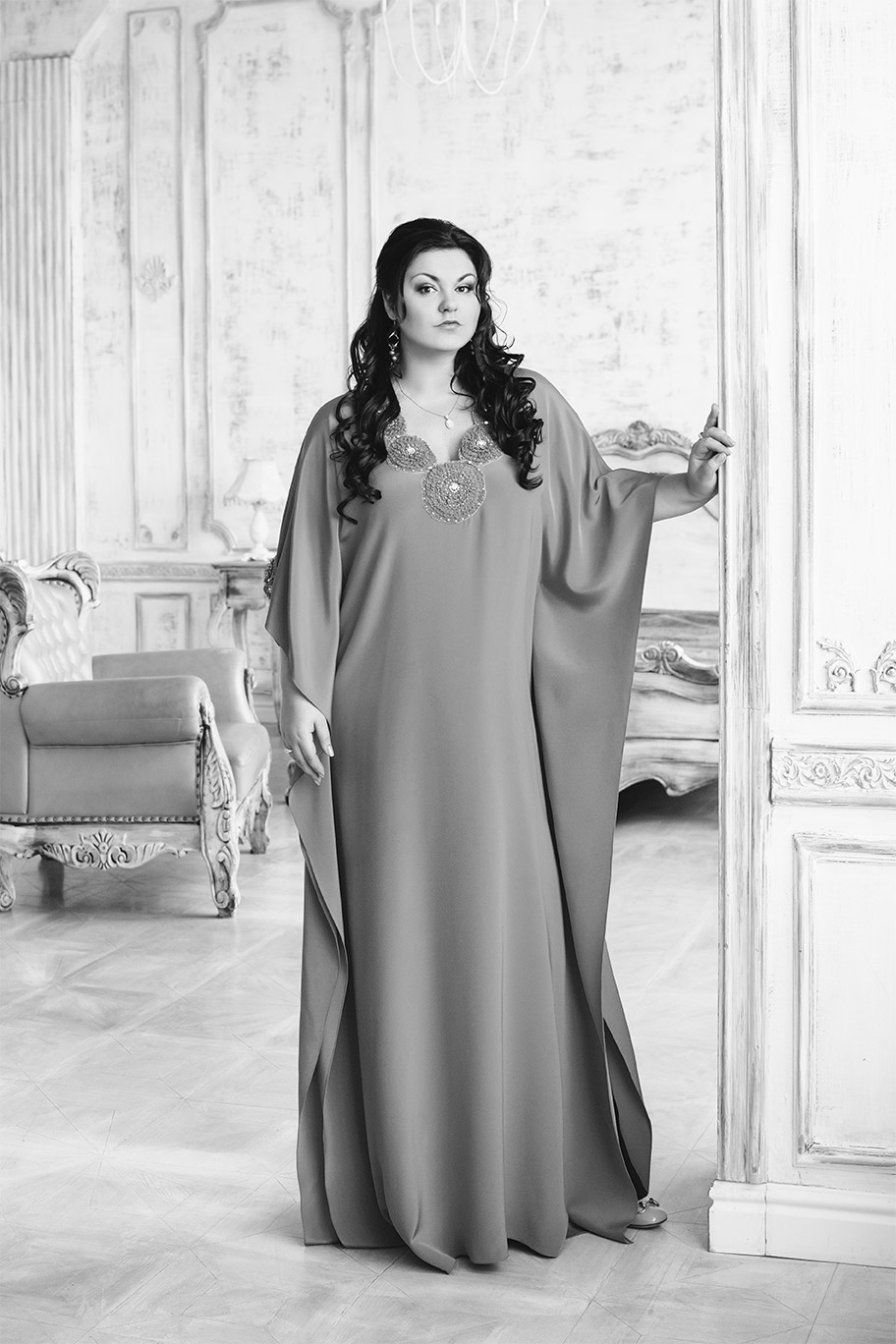 “The velvet richness of Olesya Petrova’s mezzo is a voice the operatic world needs more urgently, and both the authenticity of her Rimsky-Korsakov aria and intensely vivid Verdi showed her to be a great prospect.” – The Guardian

Olesya Petrova was born in Saint Petersburg, Russia. She graduated from the St. Petersburg State Rimsky-Korsakov Conservatory in 2008, in the class of Professor Irina Bogacheva. She is the winner of the Paris Opera Competition, where she was also awarded the special prize from the public. Olesya was a finalist in the renowned BBC Cardiff Singer of the World in 2011competitio, also received awards at the the International Galina Vishnevskaya Competition and XIII International Tchaikovsky Competition (silver medal).

Olesya Petrova has toured throughout Europe, the United States, South America and Asia. She collaborates with many opera houses, orchestras, and chamber ensembles and has worked with world-renowned conductors such as Valery Gergiev, David Robertson and Mariss Jansons, among others. In addition to her wide chamber-vocal repertoire, Olesya’s concert repertoire includes cantatas and oratorio works by Bach, Pergolesi, Mozart, Beethoven, Verdi, Berlioz, Wagner, Mahler and Prokofiev.

Olesya has been a soloist with the St. Petersburg Conservatory Opera Theatre since 2007 where she has appeared as Marfa in Mussorgsky’s Khovanshchina, Konchakovna in Borodin’s Prince Igor, Lel in Rimsky-Korsakov’s Snow Maiden, Olga in Tchaikovsky’s Eugene Onegin, Polina and Countess in Tchaikovsky’s Queen of Spades, Ioanna in Tchaikovsky’s Maid of Orleans, the title part in Bizet’s Carmen, Maddalena in Verdi’s Rigoletto, and Ulrica in Verdi’s Un ballo in maschera. During this period, she has also performed Lyubasha in Rimsky-Korsakov’s Tsar’s Bride at the Perm Opera and at the Novosibirsk Opera, and Amneris in Verdi’s Aida in Bangkok.

The 2011-12 season marked Olesya’s international breakthrough as Konschakowna in Borodin’s Prince Igor at the Zürich Opera House. The same season she sang Ulrica in Un ballo in maschera at the Greek National Opera in Athens. During the 2012-13 season she covered Maddalena in Rigoletto at the Metropolitan Opera in New York and sung Ulrica at the Deutsche Oper am Rhein as well as Suzuki in Madame Butterfly at the Greek National Opera and Mrs. Sedley in Peter Grimes at the Hamburg State Opera. Olesya Petrova also took part in an opera gala concert at Teatro Filarmonico di Verona and sang Verdi’s Requiem with the Sydney Symphony Orchestra and with the Royal Concertgebouw Orchestra in Amsterdam under the baton of Maestro Mariss Jansons.

In 2014 Olesya Petrova made her debut as Madelon in Andrea Chenier’s Madelon at the Metropolitan Opera in New York, as Azucena  in Verdi’s El Trovatore at the Latvian National Opera, and as Fenena in Nabucco at Opéra de Montréal.

The 2014-16 seasons mark Olesyas’ returns to  the Metropolitan Opera  for roles in Offenbach’s Les contes d’Hoffmann and to Staatsoper Hamburg for Federica in Luisa Miller. Olesya also appeared as Emilia in Otello at Gran Teatre del Liceu in Barcelona and as Charlotte in Massenet’s Werther at  Teatro Verdi in Trieste. Her stage performances included Prokofiev’s oratorio Ivan the Terrible with Oviedo Filarmonía, Verdi’s Requiem at Théâtre des Chatelet in Paris, Beethoven’s Missa Solemnis in Sydney with the Sydney Symphony Orchestra and Prokofiev’s cantata Alexander Nevsky in Madrid with the St. Petersburg Philharmonic conducted by Maestro Yuri Temirkanov.

Olesya’s future engagements include performances at Teatro Verdi in Trieste in Verdi’s Luisa Miller as Federica, at Gran Teatre del Liceu in Barcelona in Verdi’s Otello as Emilia, at Opéra de Montréal in Verdi’s Aida as Amneris, at the Madrid Royal Theatre in Rimsky-Korsakov’s Golden Cockerel as Amelfa and numerous performances of Verdi’s Requiem with the Danish National Symphony Orchestra under the direction of Fabio Luisi.

Watch some of Olesya’s performances

P. Tchaikovsky: “The Maid of Orleans” – Joan of Arc

On Guard for Peace