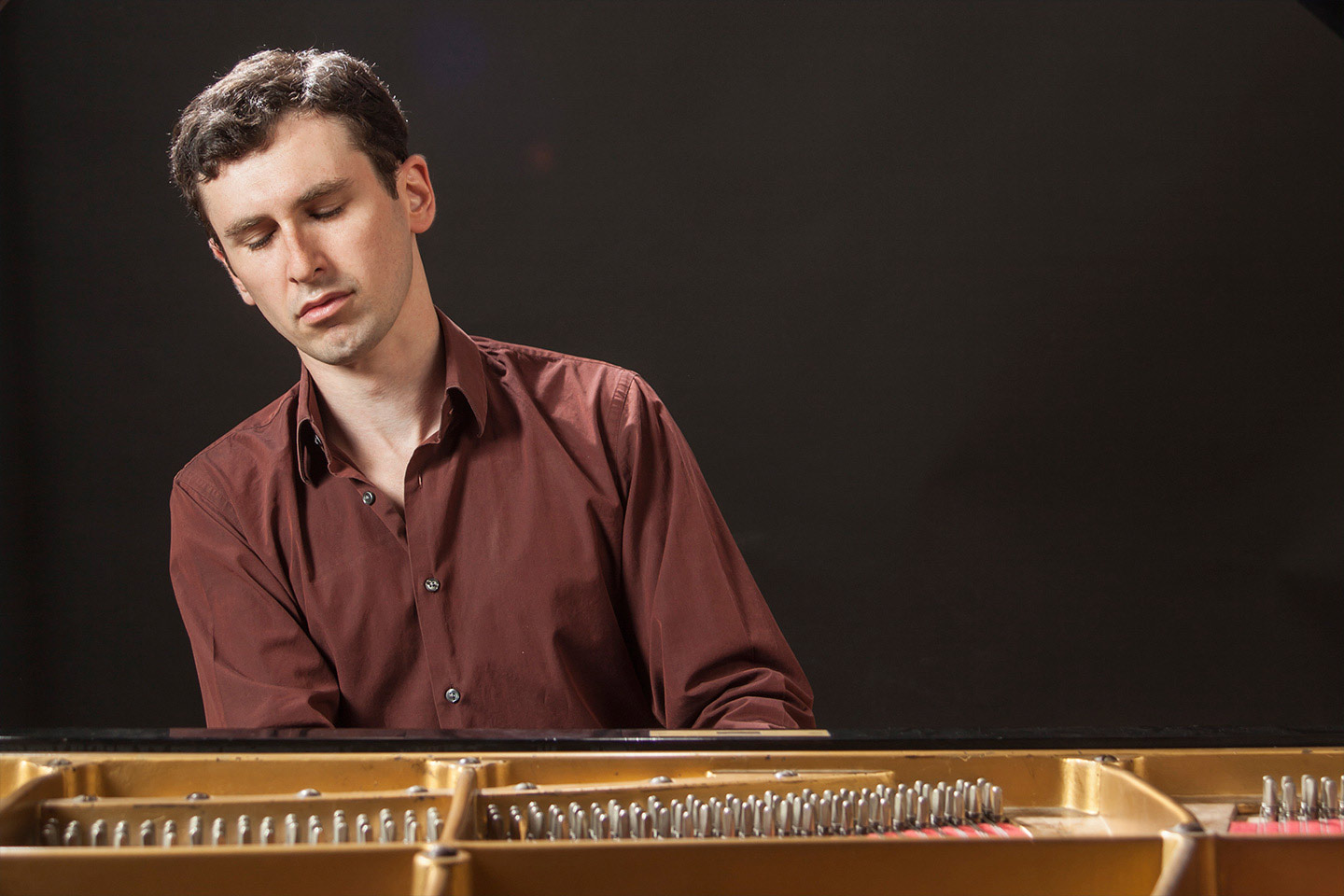 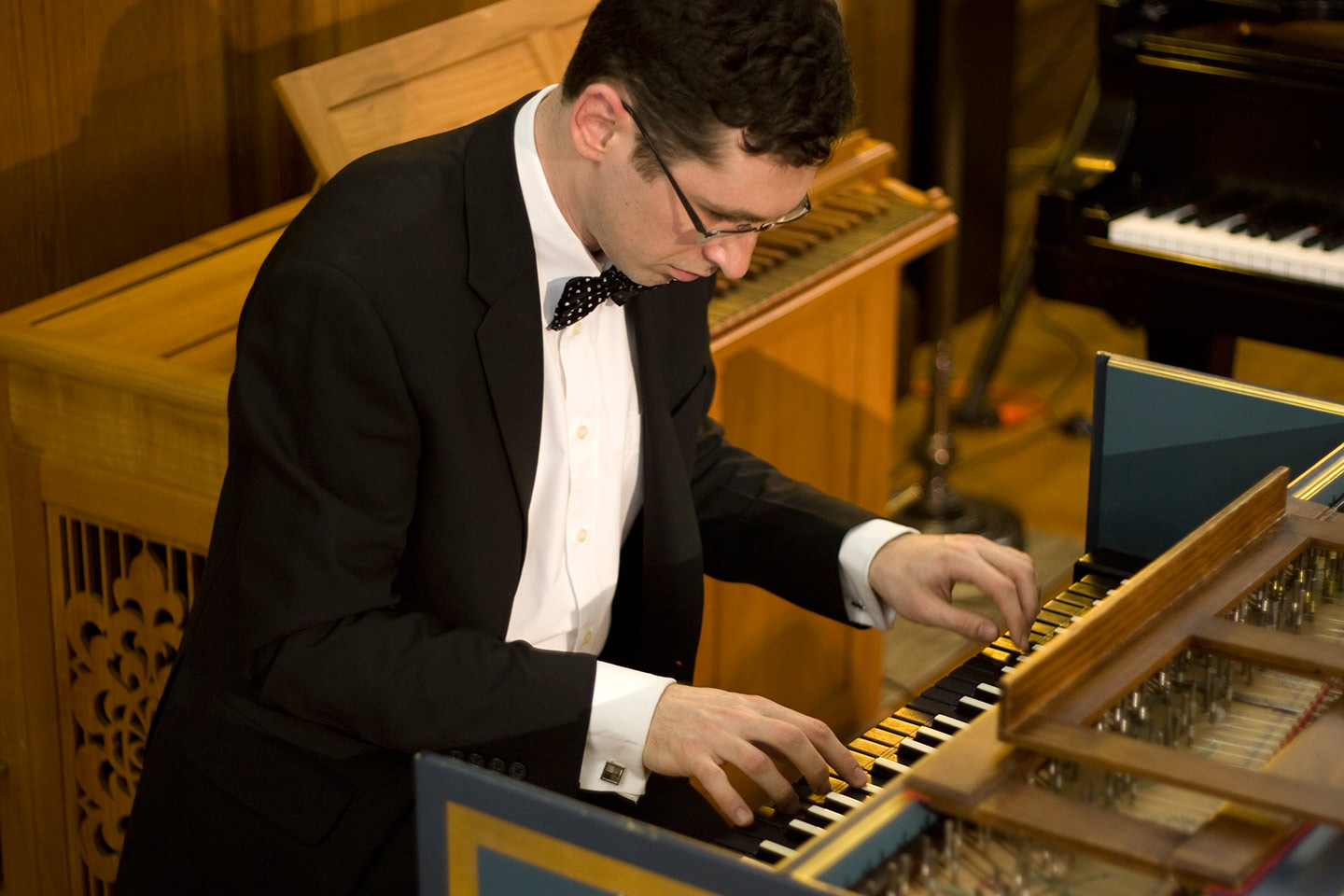 A musician with a fiercely inquisitive mind, impeccable technique and an intensely poetic vision, Ilya Poletaev is an artist equally at home on the modern piano or on historical keyboards:  harpsichord, fortepiano, and chamber organ. Hailed as “one of the most significant pianists of his generation” by the Süddeutsche Zeitung, he launched his career after capturing First Prize at the prestigious International Johann Sebastian Bach Competition in Leipzig in 2010 — the only Canadian ever to win that competition. He has since appeared at the Leipzig Gewandhaus, KlavierFestival Ruhr, Dresdner MusikFesttäge, Leipzig BachFest, Montreal Bach Festival, Philadelphia’s Kimmel Center and Chamber Music Society, St. Paul’s Ordway Center, Toronto’s Roy Thomson Hall, Caramoor Festival, Chamber Music Northwest, and many other prestigious venues. He also was the Grand Prize winner of the 2008 Concorso Sala Gallo in Italy, a laureate of the 2008 Canadian Stepping Stone, a top prize-winner at the 2007 SEHKS harpsichord competition, and a prize-winner at the 2011 George Enescu Competition in Bucharest. In 2009 he joined the roster of Astral Artists and is currently an Astral Artist laureate.

Known for the breadth and creativity of his programming choices, Poletaev has in past seasons offered solo performances ranging from the complete 2nd Book of J.S. Bach’s Well-Tempered Clavier (which he performs in its entirety on both modern and historical keyboards); to traditional recitals and concerto performances of both well-known and neglected repertoire (C.P.E. Bach, Dussek, Medtner,  Enescu, Nielsen, etc.), to inter-disciplinary events combining performances on different instruments, poetry readings, spoken commentary, and historical narrative.

In performing Baroque and Classical repertoire on the modern piano, an area in which he is well-known, Ilya Poletaev strives to bring together a personal vision and wide palette of instrumental colors with the most scrupulous attention to sources and historical performance techniques. “An expert harpsichordist, he played Bach on the piano as well as any I have heard…All that he played was deeply considered…His intelligence was luminous.”(Berkshire Eagle). “The Bach Overture was set forth with delightfully springy rhythms, a constantly stimulating interplay of contrapuntal lines, and tone that was clear and warm with no suspicion of harshness. Stylish as it was, with intricately detailed embellishments, this was also romantic playing.” (Seen and Heard International).

In his interpretations of the traditional Romantic literature, Mr. Poletaev combines the improvisatory flexibility derived from his experience with period performance practice with psychological insight and a gift for large-scale musical narrative.  Of a recent performance of Schumann’s Humoreske, a critic wrote: “There was no attempt to sand down Schumann’s jagged edges, to soften the blows of sudden changes in thought and mood. Through a liberal amount of rhythmic distortion, Poletaev revealed the wonderful truth in Schumann’s anxieties, obsessions, and wild tangents — that his was a reality apart. Resolution (sanity) was all the more sweet in the penultimate section, which the pianist rendered in the most tender shades of sincerity.” (Philadelphia Inquirer)

Among his many musical interests, Poletaev has a special devotion to the music of the great Romanian composer, George Enescu. His performances of the violin and piano works with Axel Strauss, published by Naxos in two volumes,  have been hailed as “the finest readings…  aside from the recordings that Enescu himself made” (American Record Guide); “formidable” (Gramophone), and “highly compelling” (The Strad). A recent performance of Enescu’s Piano Sonata No. 1 at a Philadelphia Chamber Music Society recital “seemed to transport to another time and place” (Philadelphia Inquirer).   In February 2017, Poletaev organized a first-ever mini-festival of Enescu’s works in Canada, combining efforts by internationally renowned performers, prize-winning students and alumni of McGill University.

As a solo harpsichordist, Mr. Poletaev appeared at Carnegie Hall’s Weill Recital Hall, the Pierpont Morgan Library, Helicon Foundation, Ordway Center in St. Paul, Minnesota (with the St. Paul Chamber Orchestra, both in chamber formations and under the leadership of Christian Zacharias), Montreal’s Salle Bourgie, the Aston Magna Early Music Festival, Amherst Early Music Festival, and Yale’s Collection of Musical Instruments. As a continuo player, he has performed with Masaaki Suzuki, Andrew Lawrence-King, Steven Stubbs, Nicholas McGegan, Simon Carrington, Graham O’Reilly, Matthias Maute, and Helmuth Rilling. He can be heard in both solo and continuo roles on several recordings with the Yale Schola Cantorum (Bach’s 1725 St. John Passion; Bertali’s Missa Resurrectionis, among others) — all issued on the ReZound label.

Mr. Poletaev’s performances and interviews have been broadcast on the BBC; WQXR in New York; Minnesota Public Radio;  CBC Radio-Canada;  Radio Berlin-Brandenburg, MDR, NDR, and WDR networks in Germany; Radio Romania; Radio Rossiya (Russian Federation), and others. His recording of George Enescu’s violin and piano works with Axel Strauss has been heard on radio stations world-wide.

A dedicated teacher, Mr. Poletaev is currently Associate Professor of Piano at the Schulich School of Music at McGill University in Montreal. He is also Assistant Director at the Norfolk Chamber Music Festival’s Choral Week.  He previously served on the faculty of Yale University as a Lecturer in Early Music.  He has given numerous master classes and talks on performance practice in many of the world’s most prestigious music schools, including the San Francisco Conservatory, Boston University Tanglewood Institute, the Buchman-Mehta Music Academy in Tel-Aviv, Rubin Academy in Jerusalem, Royal Conservatory in Toronto, and the Conservatorio di Milano. 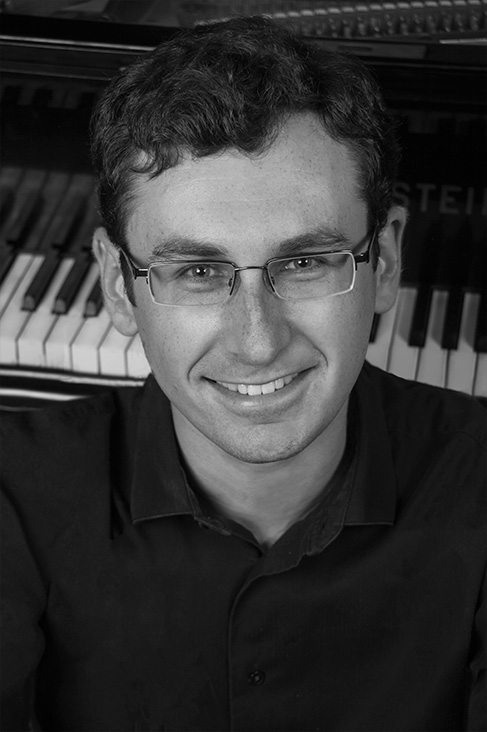 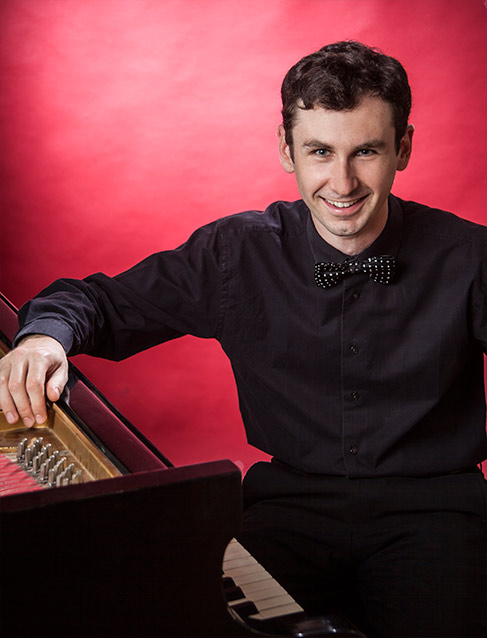 Watch some of Ilya’s performances

Variations on a theme by Handel op. 24

Ballade no. 2 in B minor

Toccata and Pavane from Suite op. 10

Bach: The Complete Book 2 of WTC

The Muse of History: Shostakovich’s Preludes and Fugues

Voices of the North